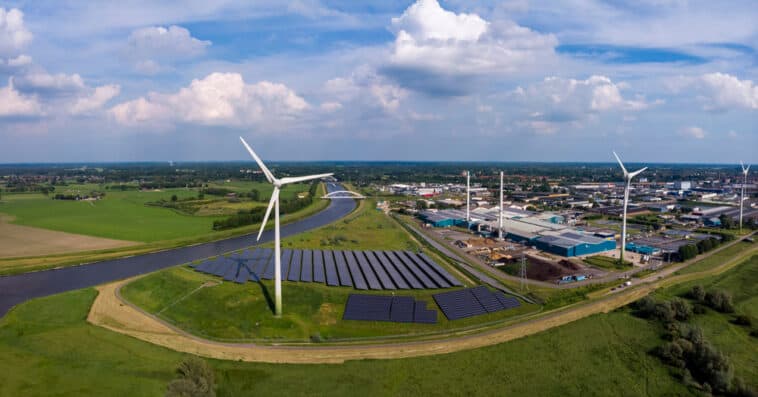 As wind power continues to grow in popularity, so does the cost. However, large-scale implementation of wind energy has a long way to go. There are several challenges, such as cost, environmental impact, and intermittency. Let's examine the challenges of wind power for commercial use. And what are the best ways to overcome these challenges? Read on to learn how to make wind power a viable option in commercial settings. But first, how can we make it as affordable and practical as possible? 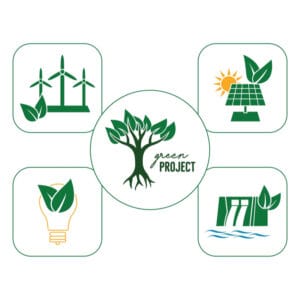 The UK and Europe are particularly well-positioned for large-scale implementation of wind energy, with abundant, cheap natural resources. However, the strength of wind is highly variable and it is difficult to predict the precise output of a wind farm ahead of time. Wind farms must also be built near conventional power generators to meet demand. The UK and Denmark are leading the way in this regard, but many other countries are lagging behind.

The government is urging the use of wind energy, but this will require a change in society's attitudes to energy. Government policy calls for the decarbonization of the grid by 2030. Additionally, the electrification of domestic heating and transport is likely to increase overall electricity demand, and this will increase daily fluctuations. It is therefore important to engage with stakeholders in an honest and transparent manner. But how do we address these challenges?

The UK's current wind capacity is roughly 17GW, but some estimate 36GW. To achieve this, the UK would need to add 16GW of capacity every seven years. On average, one GW of new capacity would be needed each year for on-shore wind. UKWED gives an estimate of the current wind capacity as 20GW. There is also considerable uncertainty as to the time it will take for consented projects to be built. However, the UK is expected to have a wind capacity of up to 20GW by 2020.

Besides the technical challenges, wind energy's unpredictable output is another major concern. Even a small 5% error in forecasting maximum output can result in a 2.5GW difference between expected and actual generation. Although there is an increasing number of wind-powered projects, these developments are slowing the pace of implementation. Further research and development of these technologies will be necessary to keep costs low and the grid stable. So, how do we make these projects feasible?

In addition to the technical challenges, climate change also poses a potential risk to the environment. Climate change will affect natural carbon stores, such as peat. Peatlands also release methane, which can be harmful to the environment. The Scottish Government has taken this issue seriously and has introduced compulsory assessments on at-risk sites. Hydrological studies should be conducted to minimize the impact of wind farms on natural carbon stores. Construction on peatlands will diminish their carbon benefits.

Calculating the cost of wind renewable energy is a tricky proposition. Costs vary greatly based on a variety of factors, such as taxes, location, and the mix of wind and solar energy. With the Federal Energy Tax Credit, however, the cost of wind renewable energy can be reduced to around $1610 per kilowatt-hour. And because wind speeds vary widely from region to region, local building codes also need to be considered.

Transmission line costs are often not included in the cost of wind renewable energy, because they are spread over the customer base. Considering that the average price of electricity in the U.S. is around 12 cents per kilowatt-hour, these costs are relatively low. That said, wind energy must compete with the cost of electricity generation in order to make a profit. The costs of transmission line construction and maintenance, however, are not reflected in the cost of wind renewable energy.

The cost of wind turbines depends on the size and power required. Home-scale turbines are usually under 100 kilowatts and cost approximately $3000-$8000 per kilowatt. For a large house, a ten-kilowatt turbine is needed. Installation costs are in the neighborhood of $50,000-80,000. The price per kilowatt produced by wind turbines tends to go down as technology improves.

In this study, the LCOE of wind projects was estimated by comparing the costs of onshore and offshore turbines. The LCOE is a minimum price per MWh required to pay project costs, service debt, and provide expected returns for equity shareholders. The LCOE is calculated at the plant boundary and does not take into account societal benefits and government financial support. Its accuracy may be influenced by a number of factors, including location and wind speed.

Recent years have seen remarkable cost reductions for wind energy. Experts predict a further reduction in the future based on future scientific, engineering, manufacturing, and commercial innovation. But the cost reductions should be measured in terms of the impact of these improvements on the future role of wind energy in the global electricity supply, as well as the decarbonization of the energy sector. This is an important question to ask as wind energy continues to become more affordable. 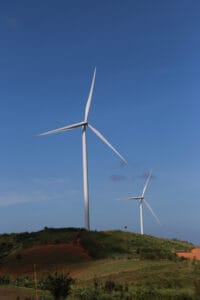 While solar and wind energy can both be intermittent sources of energy, they work together to help you meet your needs. While intermittent sources of energy may not be able to produce all of the energy you need, their ability to compensate for one another makes them more reliable than ever. However, solar and wind power depend on climate changes, so their availability can fluctuate. For this reason, it is important to have a backup energy source, such as solar panels or batteries.

Since renewable energy is intermittent, its availability and price can fluctuate. In Europe, wind and solar energy production vary between zero and 23 GW, with peak production times providing the bulk of the energy. Because of this fluctuation, intermittent sources of energy must be integrated into the bulk power system so they can reach ultimate consumers. The Regional Transmission Organization must match supply and demand to avoid electricity blackouts and power cuts. Fortunately, there are technological solutions to this problem.

A solution to wind and solar renewable energy's intermittent availability is to supplement the intermittent source with energy storage. This way, you can tap into stored reserves at times when environmental conditions are not optimal. However, these methods come with their own set of challenges. One of these challenges is how to choose the right amount of storage and how to optimize its use. To solve this issue, you can take advantage of alternative sources of energy, such as solar, wind, and geothermal energy.

The intermittency equation consists of two parts: the source term, sg, and the diffusion term. The diffusion term allows for a gradual variation in g in a free stream. A boundary condition is the zero normal derivatives. The damping function ft accounts for the distributed breakdown of turbulence spots. Combined, these methods can provide an accurate model of wind renewable energy. It is possible to predict the impact of intermittent renewables on the power grid.

One major criticism of solar and wind renewable energy is intermittency. Solar energy is most effective when the sun shines directly on the system, but when the sky is cloudy or there is substantial cloud cover, the sun's light is obstructed. As more offshore wind power is integrated into the bulk power grid, the costs of addressing the inherent intermittency of wind and solar energy will rise. More expensive battery storage systems and gas-fired generating units will be needed to compensate for wind and solar energy's intermittent nature.

To learn more about wind energy's potential for the environment, we can start by looking at the results of peer-reviewed research. We can also look at how other renewable energy sources have impacted wildlife. This research is especially important because wind turbines kill disproportionately large migratory birds of prey. We can also learn about cost-effective technologies for minimizing wind energy's negative impacts on wildlife.

Although wind turbines may not be visible, their aesthetic impact can be. Modern turbines are not screened off, and aesthetic concerns are often the basis for opposing wind energy projects. Though there are systematic methods for evaluating aesthetic impacts, many of them are under-applied or poorly understood. The methods must be revised to take into account the unique characteristics of wind-energy projects, such as cultural and recreational values. The committee's work will be helpful for other states, regions, and localities to assess the impact of wind energy.

The committee's report did not analyze wind renewable energy's impact on the environment over the long term, but it outlined the major areas of research. It also recommended the implementation of mitigation methods to minimize the impact of wind energy on biodiversity. However, the report did not include all possible environmental benefits, and the study focused primarily on air emissions. To help the industry develop its clean energy, wind-generated energy will need to be used responsibly.

One of the first steps toward understanding the environmental impact of wind renewable energy is analyzing the land-use impact of large-scale wind farms. Energy experts have long debated this issue. For example, the National Renewable Energy Laboratory modeled wind farms' generating capacity and found that their actual land-use impacts were much greater than previously thought. In addition, wind turbines are often located on underutilized industrial sites or abandoned sites.

The effects of wind power projects on wildlife depend on their location. Many wind farms cause the death of tens of thousands of birds each year in the United States. Domestic cats, on the other hand, kill millions of birds a year. Other human structures such as roads, buildings, and cell phone relay towers can affect wildlife. For instance, wind turbines may cause visual impairment. These effects accumulate over time and are dependent on interactions with other disturbances. 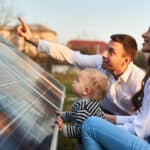 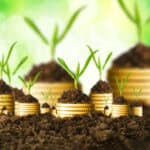