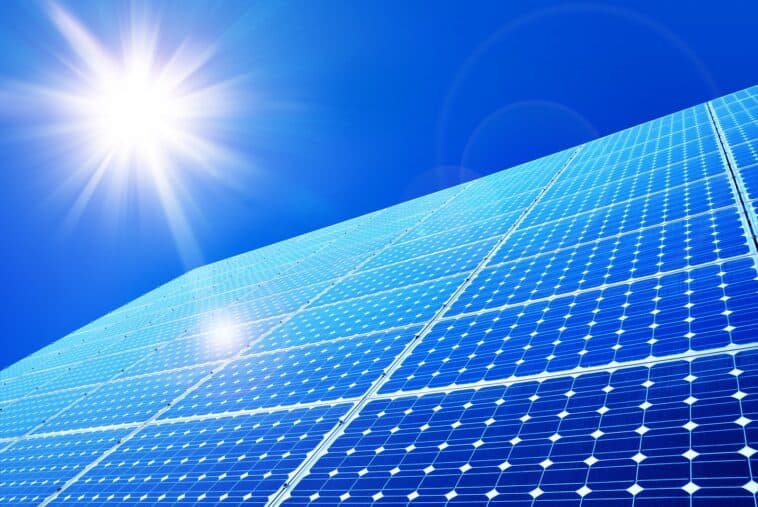 A photovoltaic cell, otherwise known as a solar cell, is a component that converts energy produced by sunlight into electricity. Photovoltaic cells are found in solar panel systems, providing a cost-effective, renewable method of generating electricity.

How do solar panels work? 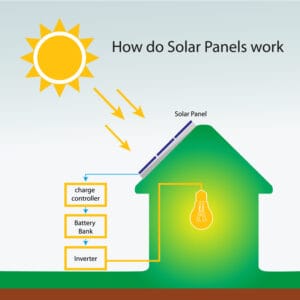 First used on spacecraft in the 90s, solar panels have come a long way since their invention.

Photovoltaic solar panels produce electricity through something termed the photoelectric effect. When sunlight comes into contact with the photovoltaic cells that make up a solar panel, a small electric current is produced. Each of these cells is linked together, producing a larger amount of power that, over a wide enough surface area, can be put to use in homes and businesses.

Once sunlight hits the top layer, the atoms begin to move, and electrons pass from this top layer to the bottom. The moving electrons create an electric current, which is then converted from a direct current to an alternating current in something called an inverter, making it ready for use in household appliances.

On the grid vs off the grid

Solar panels usually work in one of two ways: they generate energy, any excess of which is sent back to the grid; or they store energy on a solar battery, giving free access to electricity even on cloudier days, or at night time.

There are advantages and disadvantages to being connected to the grid versus being off the grid. Speak to your local solar panel supplier if you're unsure which best suits your requirements.

How long do solar panels last? 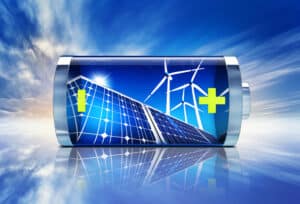 The most effective solar panels are the ones that are placed in the best location: a large, sunlight-facing roof that doesn't fall in shade is best. You can expect a high-quality solar panel system to last for at least 25 years. Many of them will surpass the 25-year guarantee by another 10-15 years, although some maintenance may be required in their later life. The inverter, which converts electricity from DC to AC, will require changing after around 15 years.

How much do solar panels cost?

The cost of solar panels varies depending on a number of factors, such as size and surface area, the quality of the system, and additional features, such as whether they require a solar battery or not. Some solar panels are more modern in appearance, enabling them to blend in more seamlessly with their surroundings, and this tends to increase the price of the system.

You can expect to pay between around $4,000 and $6,000 for a solar panel system in the US. Beware of prices that seem too good to be true: where you may save in money, you can easily be disappointed by an imitation or poor-quality product.

What are the advantages of solar panels?

Solar panels are an effective form of energy conversion that boast multiple advantages and ultimately enable homeowners to save a significant amount of money. The key advantages are listed below:

Relies on a renewable source of energy

One of the most appealing qualities of solar panels is that they rely on a renewable source of energy, the sun, to create electricity. Because the sun is a near-permanent fixture in the sky, the energy produced from its rays can be guaranteed.

The sun isn't set to be going anywhere for another few hundred-million years, making solar panels a far better solution than other forms of energy, such as nuclear power, which uses non-renewable resources.

Causes no damage to the planet 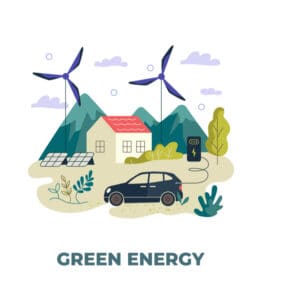 One popular form of energy, nuclear energy, relies on the burning of fossil fuels to generate electricity. This releases greenhouse gases into the earth's atmosphere, which contribute to global warming.

Energy from photovoltaic cells, on the other hand, is one hundred percent natural and does not cause damage to the environment or atmosphere. Most solar panel systems are placed high up above ground for optimum sunlight, requiring no intrusions to natural ecosystems or wildlife habitats.

Lowers the cost of electricity bills

Household owners whose electricity is provided by solar panels can expect to pay much lower bills for the use of their appliances. This is because the sun provides a free form of energy, so once the initial cost of the solar panels is paid, homeowners can reap the benefits of having a good portion of their electricity bills effectively paid off for them.

The price of solar panels can be expensive upfront, but the accumulated savings on bills over the years following the installation make the upfront costs worth it. Even on cloudier days, solar panels can still produce adequate amounts of electricity- and systems with a solar battery are covered day and night.

Can increase the value of a property 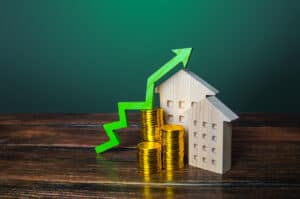 Because solar panels are considered a sought-after feature these days, by having them installed on your own home, you are guaranteeing an increase in the value of your property. It is obviously not recommended to purchase solar panels immediately before selling your property- it wouldn't be worth it- but it may still reassure you to know that solar panels will help to up the appeal of your property if and when you decide to up and sell.

While solar panels have a considerable upfront installation cost, they require little to no maintenance once they're fitted. They are very durable, and you can expect them to last for at least 20-30 years without needing a touch-up.

All that is required of solar panels is that they are cleaned around once or twice a year. Removing any dirt that may have accumulated clears the photovoltaic cells and helps to maximize the efficiency of the entire system. You can easily do this with your own garden hose- no need to call in a professional.

May get paid for electricity produced

If you have a solar panel system that's connected to the grid, your system will automatically send back any excess electricity that isn't used. This means you are effectively selling electricity to the grid, and you can expect to receive money from the government for this, depending on how much electricity is produced.

What are the disadvantages of solar panels?

As with all sources of energy, there are several disadvantages that should be taken into account when considering purchasing a solar panel system. The main disadvantages are listed below: 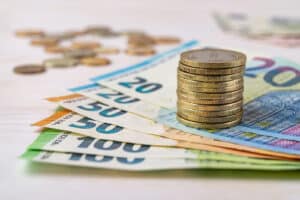 Solar panels can save you money in the long run: this is a fact worth stressing. However, many people are not able to see past the upfront costs of solar panels, which are simply not affordable to some. Unfortunately, this means that not everybody is able to benefit from the use of solar panels.

On a more positive note, with interest in solar energy constantly on the rise, the price of solar panels has dropped considerably in the last few years and seems set to continue to do so. Perhaps if solar panels are just out of many people's budget at the moment, they may be affordable to them in the near future.

Solar panels are not weather dependent- they still work on cloudy days, and systems with a solar battery can even store and provide energy overnight. But considering photovoltaic cells rely entirely on the sun for their energy, it can be expected that on more overcast days, solar panels may not work as effectively as on bright, sunny days.

It is also worth considering, here, the main disadvantage of a solar panel system on the grid. Because any surplus energy is sent back to the grid, rather than being stored in the system, solar panels on the grid will not be able to produce electricity at night. This means that any electricity used in the hours of darkness will cause a loss of money where it might otherwise be saved.

Displeasing to look at

Though not an opinion shared by everyone, some people consider solar panels to be an unappealing feature of their household's exterior because of their appearance.

Solar panels were once a lot bulkier and visually displeasing than they are today. Modern solar panels are now slimmer and more compact, enabling them to blend more seamlessly into their surroundings. However, they are certainly not invisible to the eye, and anyone considering solar panels should be prepared for them to take up a lot of, if not the majority of, their roof space.

Being an inexhaustible renewable resource, solar power has a clear wealth of benefits, many of which are to the financial advantage of the user. With so much still to learn about the technology, it is likely that solar energy will continue to see rapid developments in the future, helping owners to save even more money in the long run. 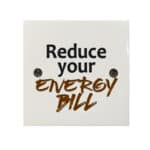 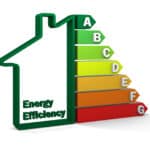